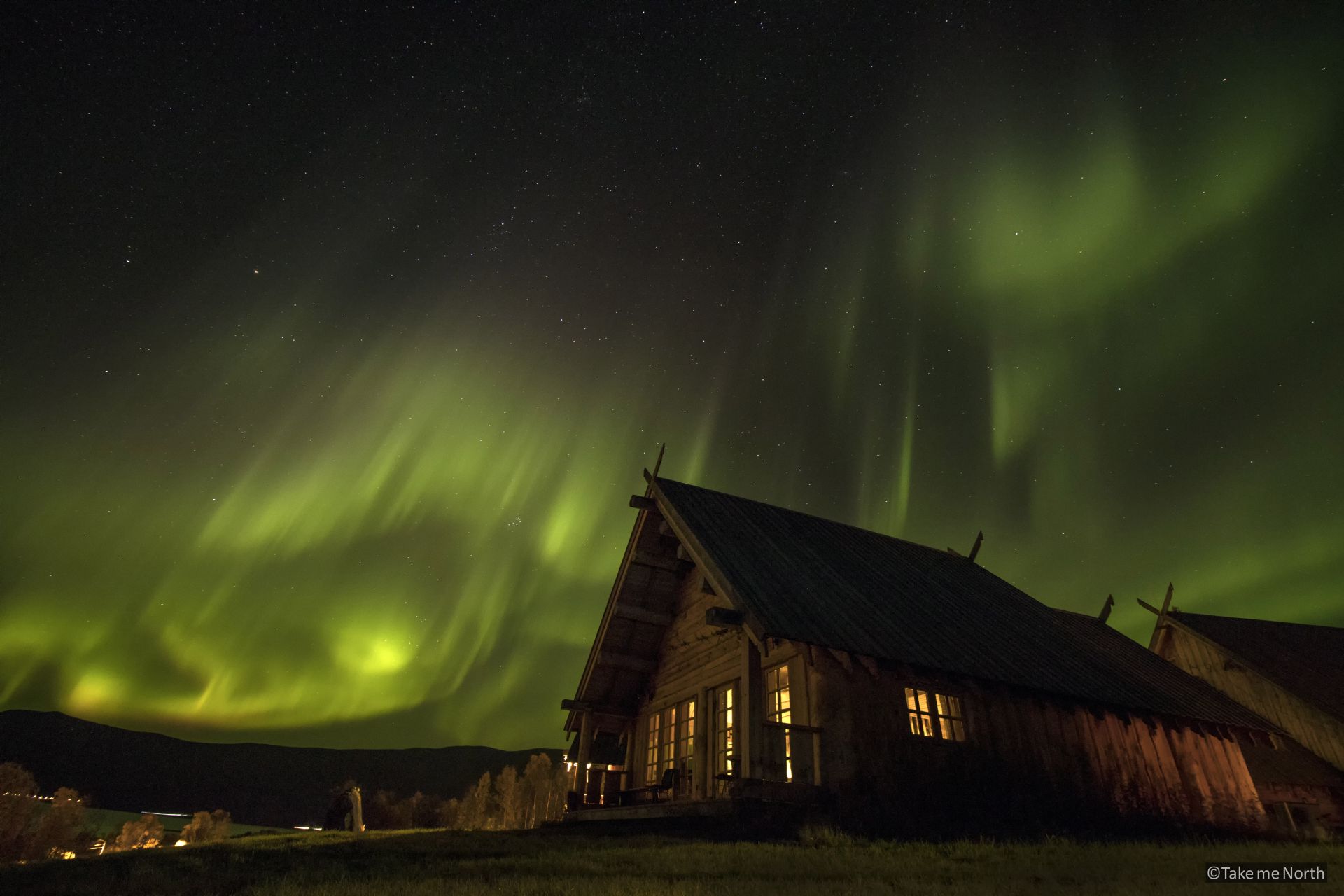 The Northern lights, or Aurora Borealis, is an amazing light show that forms when electrically charged solar particles enter the earth’s atmosphere and collide with gases like nitrogen and oxygen. The lights can be observed around the magnetic poles of the northern and southern hemispheres. (the phenomenon at the South Pole it is called Aurora Australis). An aurora usually consists of green-blue light, though there can be shades of purple or even red.

It’s a myth that you can only see the Northern Lights in winter. The Aurora is around all seasons, all you need is a dark and clear sky and favorable solar winds. In Norway, this means that early fall (September and October) is also a decent period to be able to observe the Aurora, while night temperatures are often still mild.

Solar wind activity is constantly monitored and there are online aurora forecasters that can tell you when to pay special attention to the sky. (one site that I like is Space Weather Live, but there are many more). The most important thing to monitor for an aurora prediction is the Kp-index, which indicates the disturbance of the earth’s magnetic field. It has a scale from 0 to 9. Zero means no solar wind activity, while a 9 means very high activity, in these rare cases you could theoretically observe the Northern lights from as far south as central France.

These photos are all made in September in Troms and Nordland (Northern Norway).