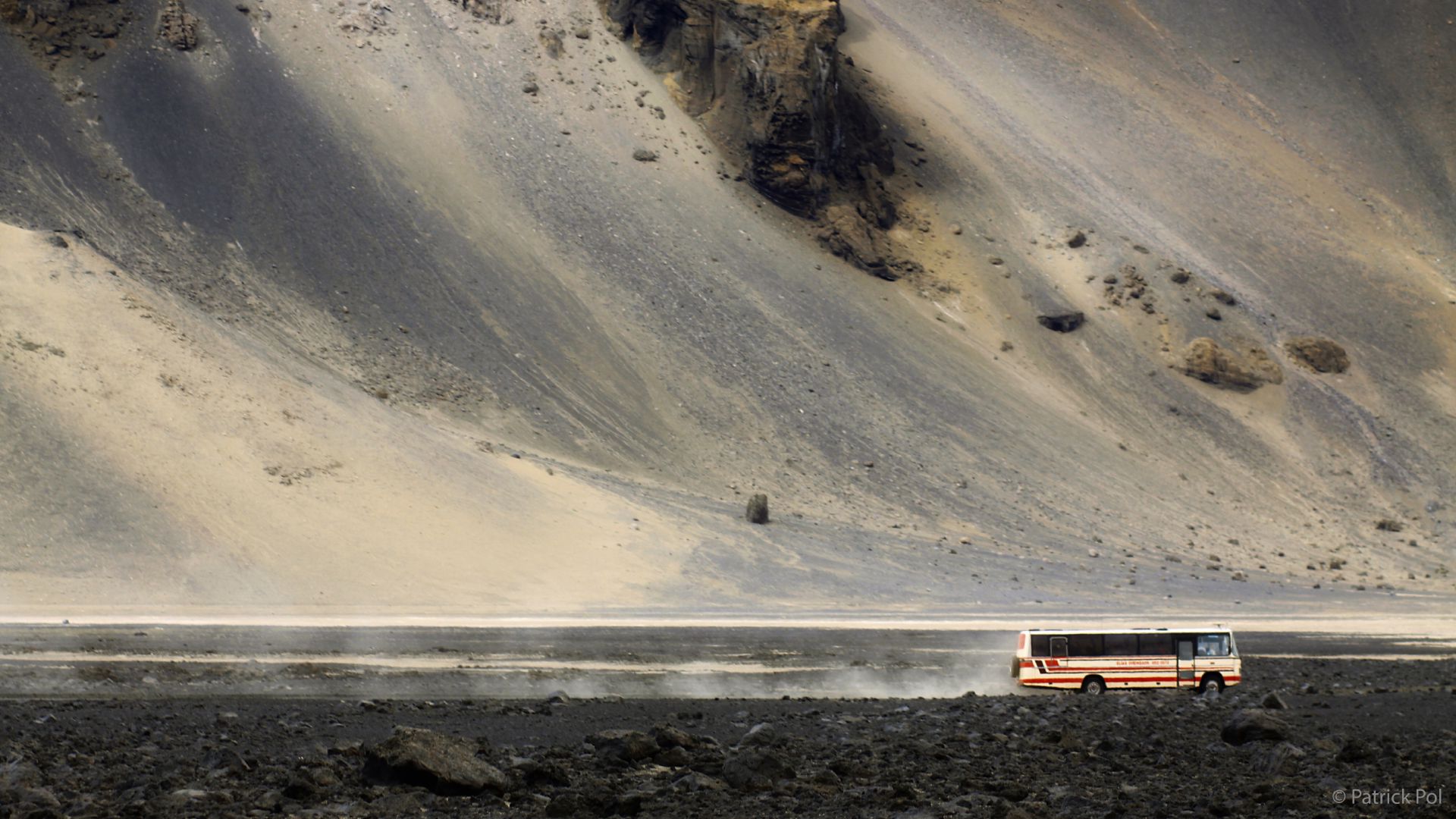 The caldera of the Askja volcano is a popular tourist destination. It’s located deep in Iceland’s desolate interior, which resembles a moon-like desert of lava rocks. To get to the Askja, you’ll have to take a few hurdles.

From the north, the Askja is reachable through gravel road F88. On this route, that passes the flanks of table mountain Herðubreið, you’ll encounter some river crossings, so a four-wheel drive is required. Note that the water levels in those rivers are highly influenced by both rainfall and seasonal ice melt, so make sure to collect actual information before you go.

It’s about a 30min walk from the edge of the caldera, where you can park your car, to the of the crater lakes Öskjuvatn and Víti. Öskjuvatn is a pretty big lake (11 km², approximately 200m deep), while Víti is the smaller crater with the milky-white geothermal water. The water averages at about 30 degrees and a lot of people take a swim here.