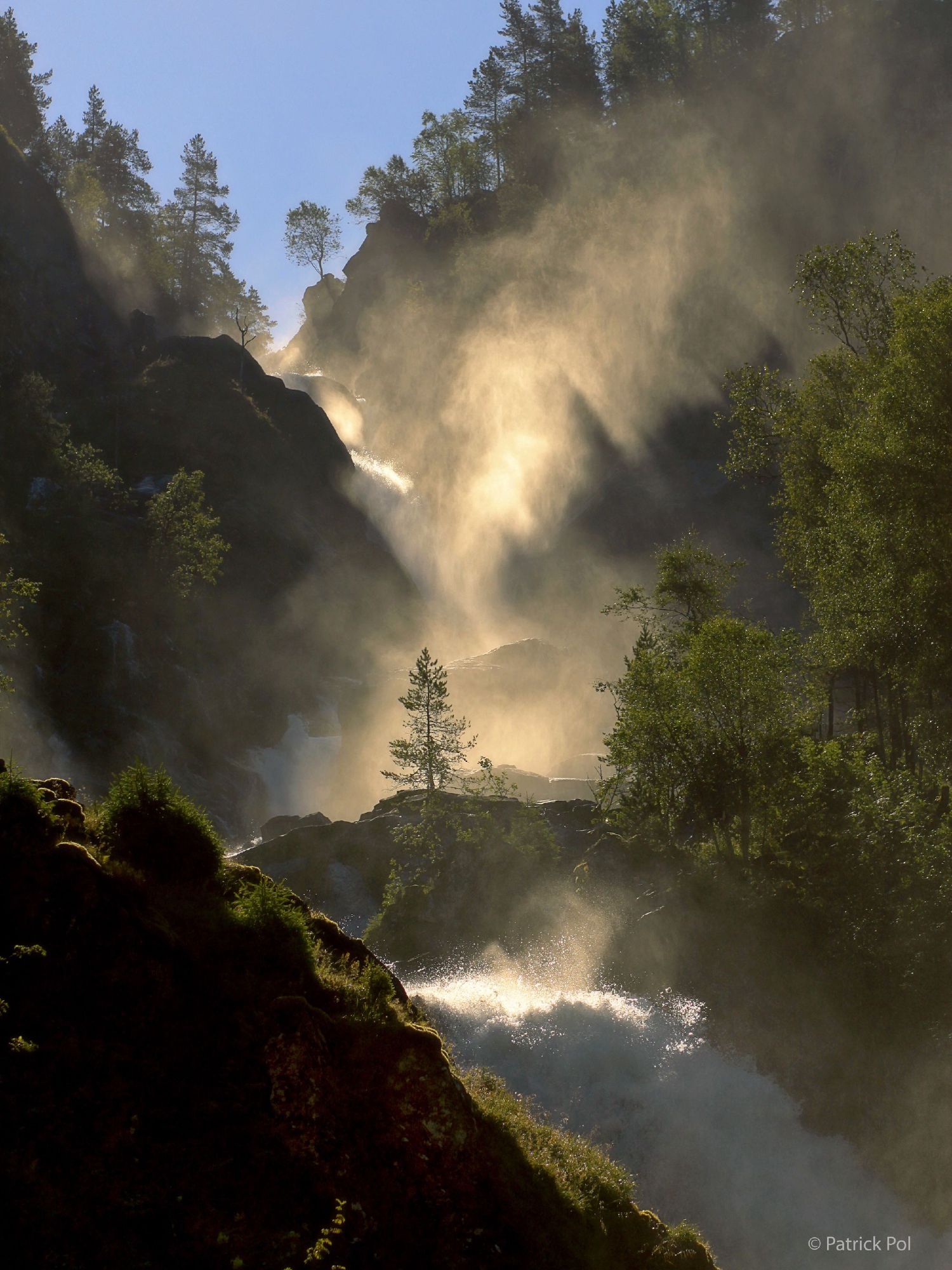 Driving on Route 13 between Odda and Skare, it’s impossible to miss the beautiful roadside waterfall Låtefossen. The twin waterfall is 165m high, the photo shows the cascades of one of the two parts. The waterfall is fed by melting water from the Hardangervidda plateau, so its flow is highly influenced by the season, with spring and early summer seasons having the biggest flow.