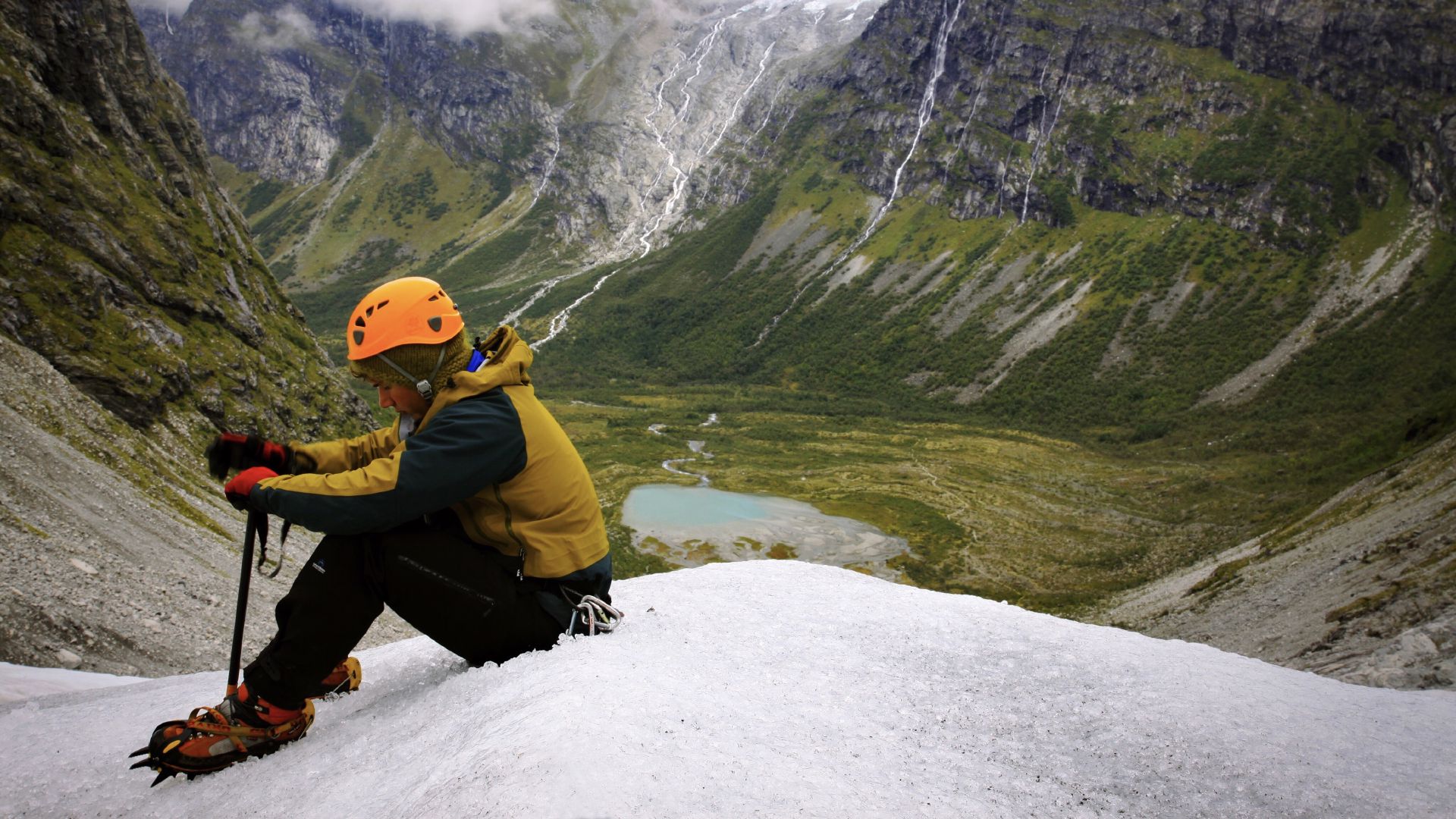 Jostedalsbreen is the biggest ice mass in continental Europe. Its glacier arms stretch into many of it’s surrounding valleys. Often they are named after those valleys or villages nearby. Bødalsbreen is one of those glacier arms, at the north side of Jostedalsbreen, though in the last decade it lost some of its dramatic appearances.

Bødalsbreen has always had its periods of growth and decline (someone told me a 40 years cycle), but it seems that the current global warming leads to a continuing decline. (https://norwaytoday.info/news/glaciers-shrink-after-record-heat/ ).

10 years ago tourist agencies organized guided tours on Bødalsbreen, but those day-tours are too dangerous nowadays for the non-trained. Still, the hike to the glacier, which will take you about an hour through the valley Bødalen, is a pretty one. The valley has several clearly visible end moraines, of which the oldest ones were created by the glacier in the eighteenth century during the so-called Little Ice Age.