A guide to visiting glaciers in Northern Europe

First, the bad news: glaciers in Europe are rapidly losing their ice mass. The Alps have lost roughly 50 % of their ice mass since 1900. Some Norwegian coastal glaciers were expanding up to the year 2000 driven by increased winter snowfall; these glaciers are now also retreating, just like glaciers on Spitsbergen and Iceland. Scientists have estimated that most of the smaller glaciers will have disappeared by 2100, and the Alpine glaciers in Central Europe may lose 90%-100% of their total mass.

Iceland had 300 glaciers in 2000. Today, more than 50 have melted completely, or are no longer considered glaciers. That raises a question: what makes a glacier a glacier? A glacier must have a certain thickness; the thickness of the ice mass results in pressure, which causes the ice mass to move downhill. When the glacier no longer reaches a minimum thickness of maybe 40-50 meters, it no longer moves, and we can consider the glacier dead. The increased summer temperatures are the primary cause of the glacier melt, though a change in winter precipitation and other processes are also contributing.

The loss of Okjokull

The icelandic glacier Okjokull lost so much of its ice mass that it was considered dead by 2014. A plaque with the following text was placed at the site to commemorate the loss:

Ok is the first Icelandic glacier to lose its status as glacier, In the next 200 years all our main glaciers are expected to follow the same path. This monument is to acknowledge that we know what is happening and what needs to be done. Only you know if we did it.

Nevertheless, the glaciers are still present at various places. If you want to witness the immensity and power of a glacier first-hand, a trip to Iceland, Norway, Greenland or Svalbard will get it done.

Central- and Northern Norway have many glaciers, with Jostedalsbreen with its many glacier tongues being the largest. Folgefonna on the west coast is popular for skiing, even in summertime. Futher north, Svartisen is very impressive. It has split into two glacier systems, Østre Svartisen (Eastern), and Vestre Svartisen (western). Austerdalsisen is a glacier tongue on the south-side of Østre Svartisen. The Lyngen alps in Northern Norway have fantastic hidden treasures for those who like to go off the beaten track.

The South coast and interior of Iceland have beautiful glaciers including the mighty Vatnajökull with its gorgeous glacial lakes Jokulsárlón and Fjallsárlón. They are easy accessible which makes them, unfortunately, crowded tourist attractions. Fortunately, there are plenty other places to experience the rough beauty of the ice.

Greenland’s ice cap is the second largest ice body in the world, after the Antarctic ice sheet.

60% of the land of the islands of Svalbard is covered by ice. Note that most glaciers are only accessible by boat (or by snow scooter in winter). 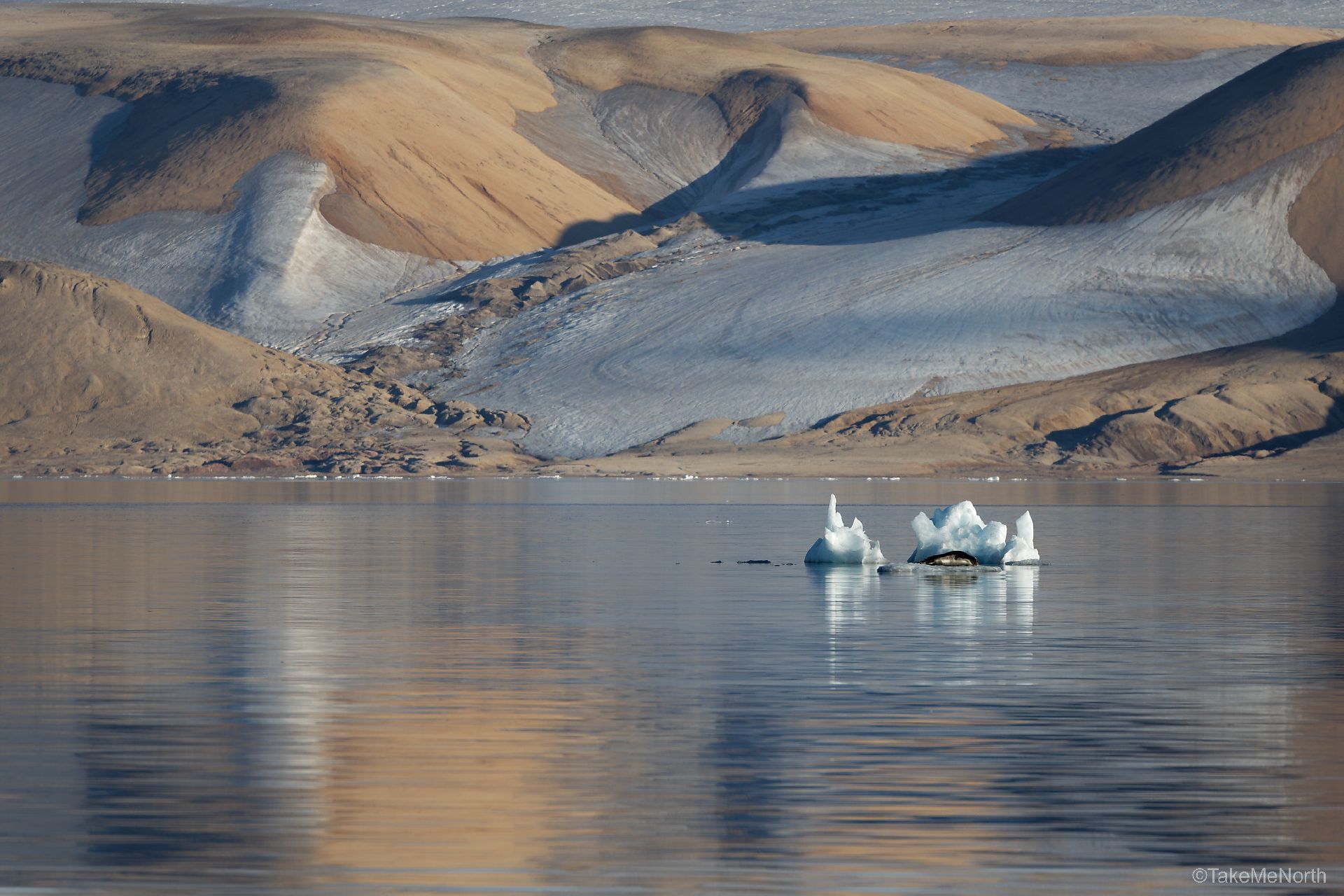 Nordaustlandet: The edge of the world

If the world were flat, Nordaustlandet would be right at the edge of it. The island is located at 80°N in the arctic sea. To the north of it is nothing but the diminishing sea ice of the North Pole. 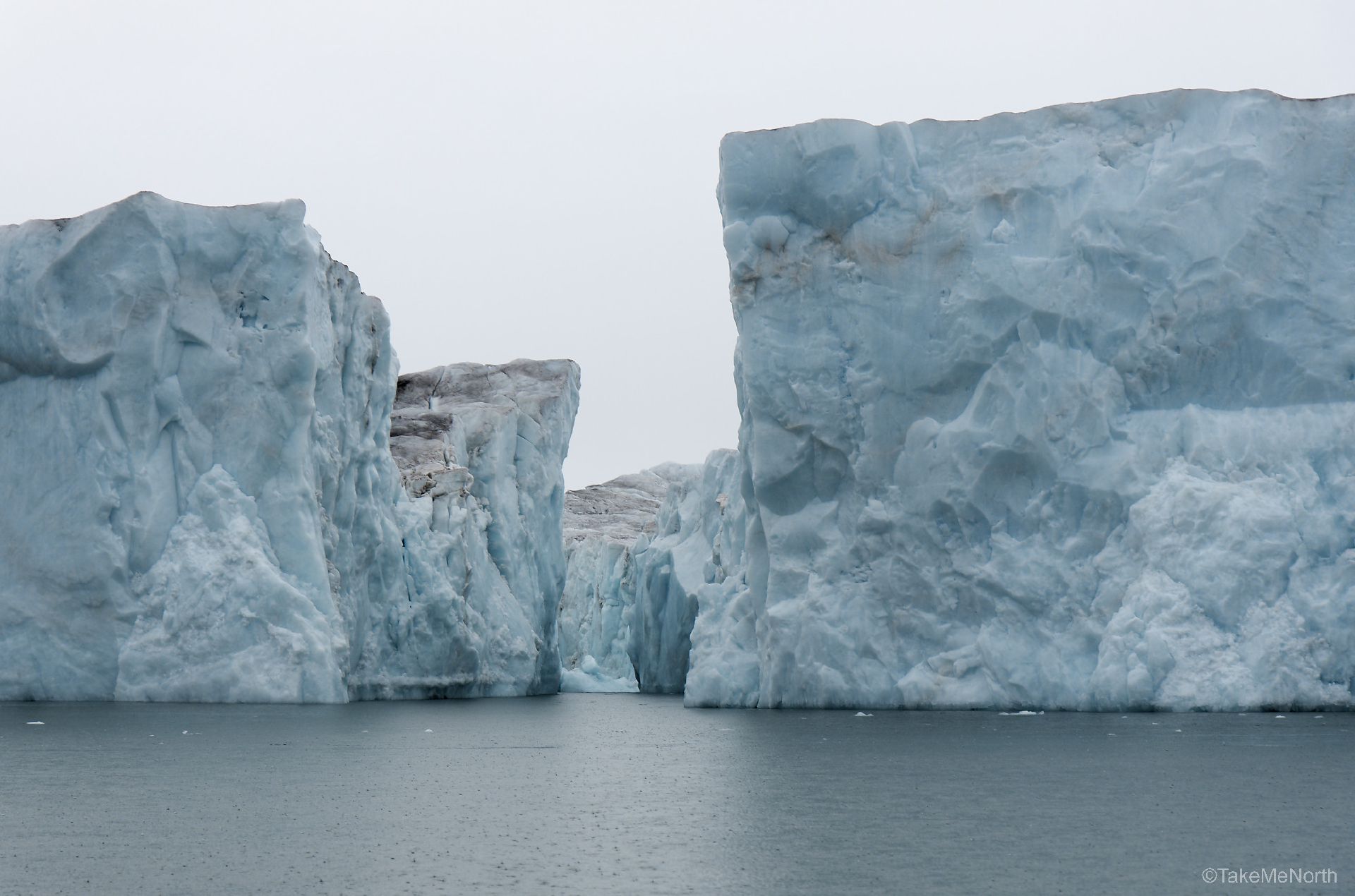 At negribreen, huge blocks of ice slide through the muddy seabed until the tide sets them free and allows them to drift southward. 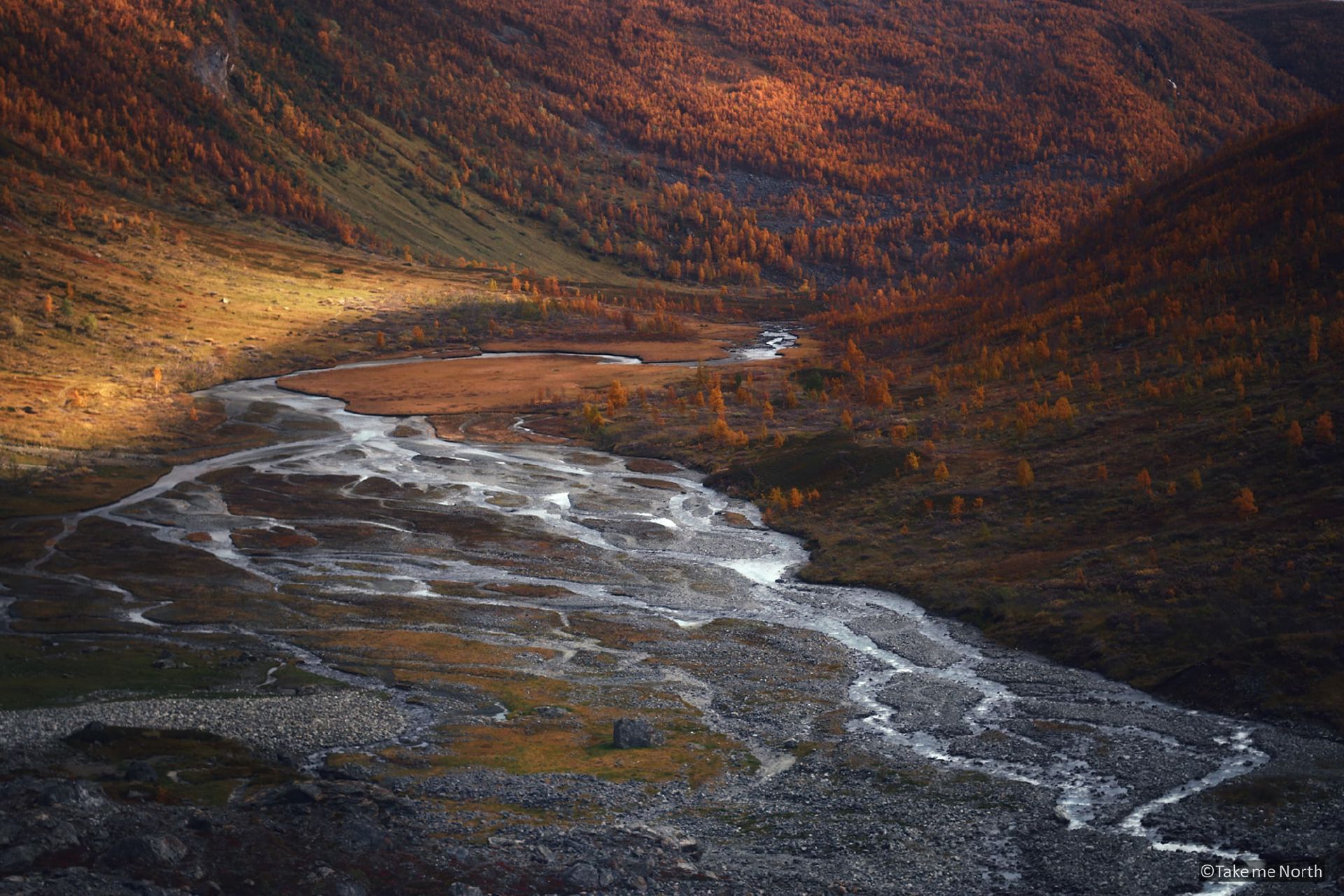 The Lyngen peninsula is dominated by a 90km long mountain range, often referred to as the Lyngen Alps. The glaciers in the area offer magnificent hiking opportunities. 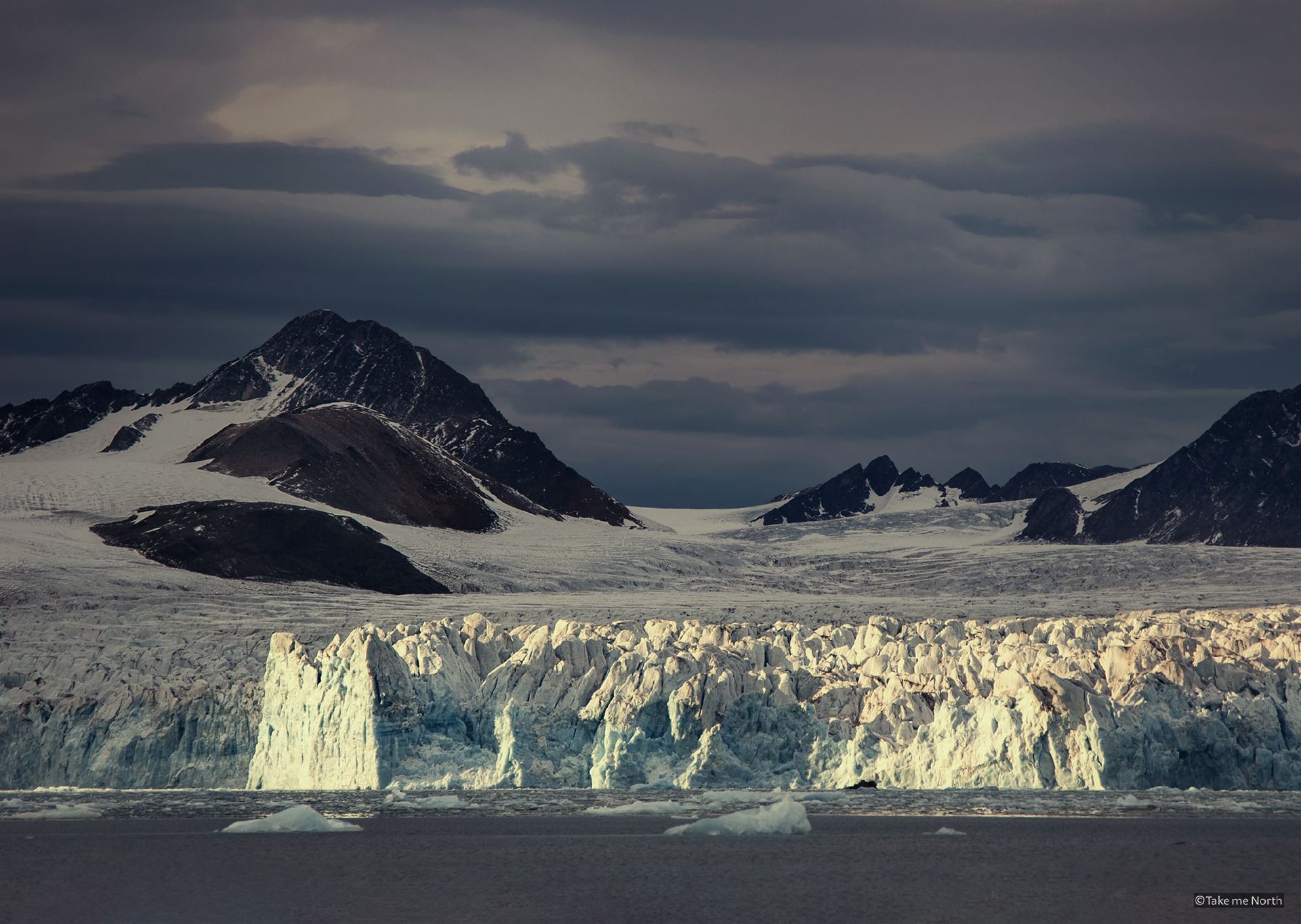 The pristine views of Lilliehöökfjorden, arguably the most beautiful fjord of Spitsbergen, quickly make you forget your rushed every-day-life. 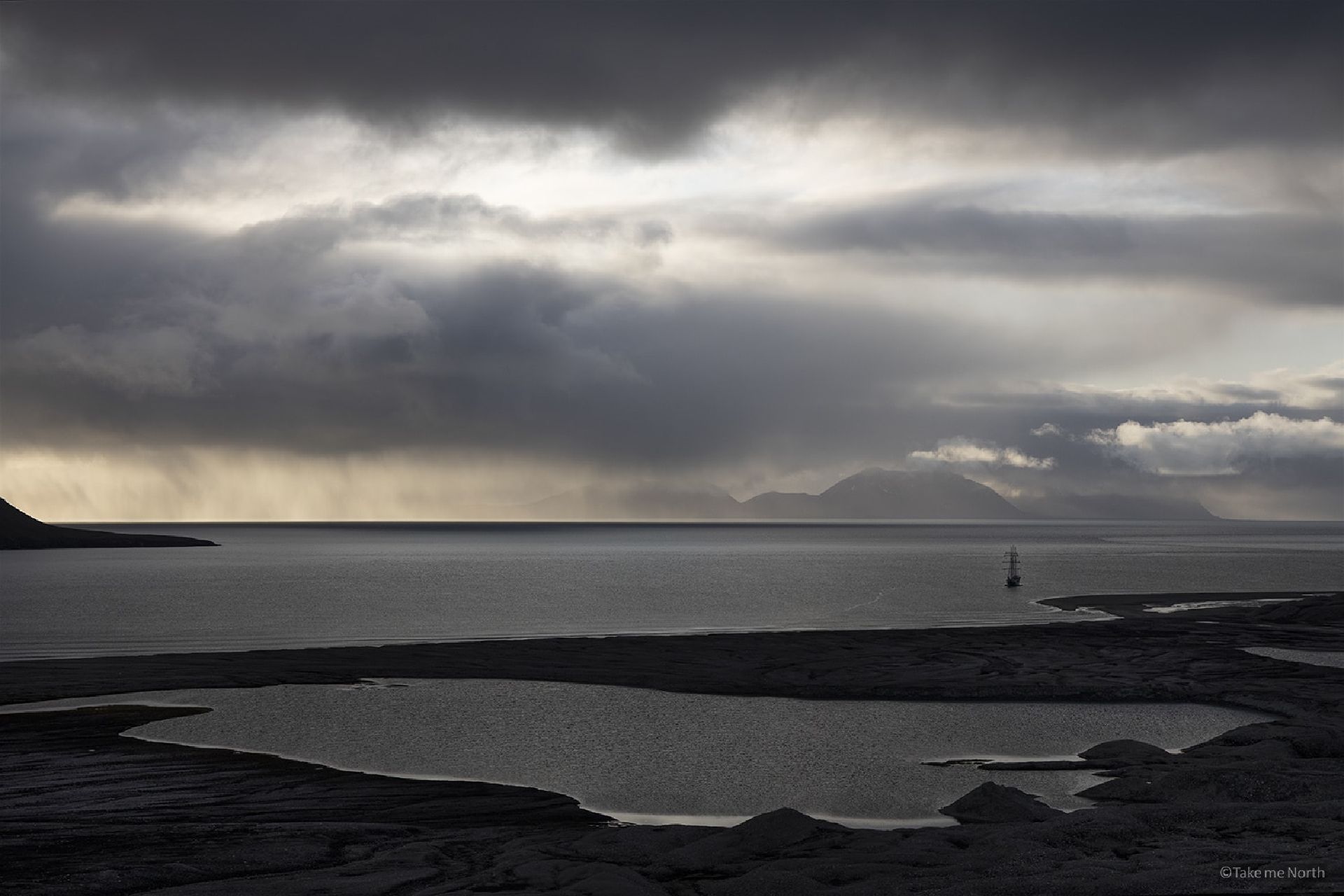 Engelskbukta and its cruel history

The calmness of Engelsbukta hides a rather savage history. A few centuries ago, whaling enterprises turned the waters in the bay red. 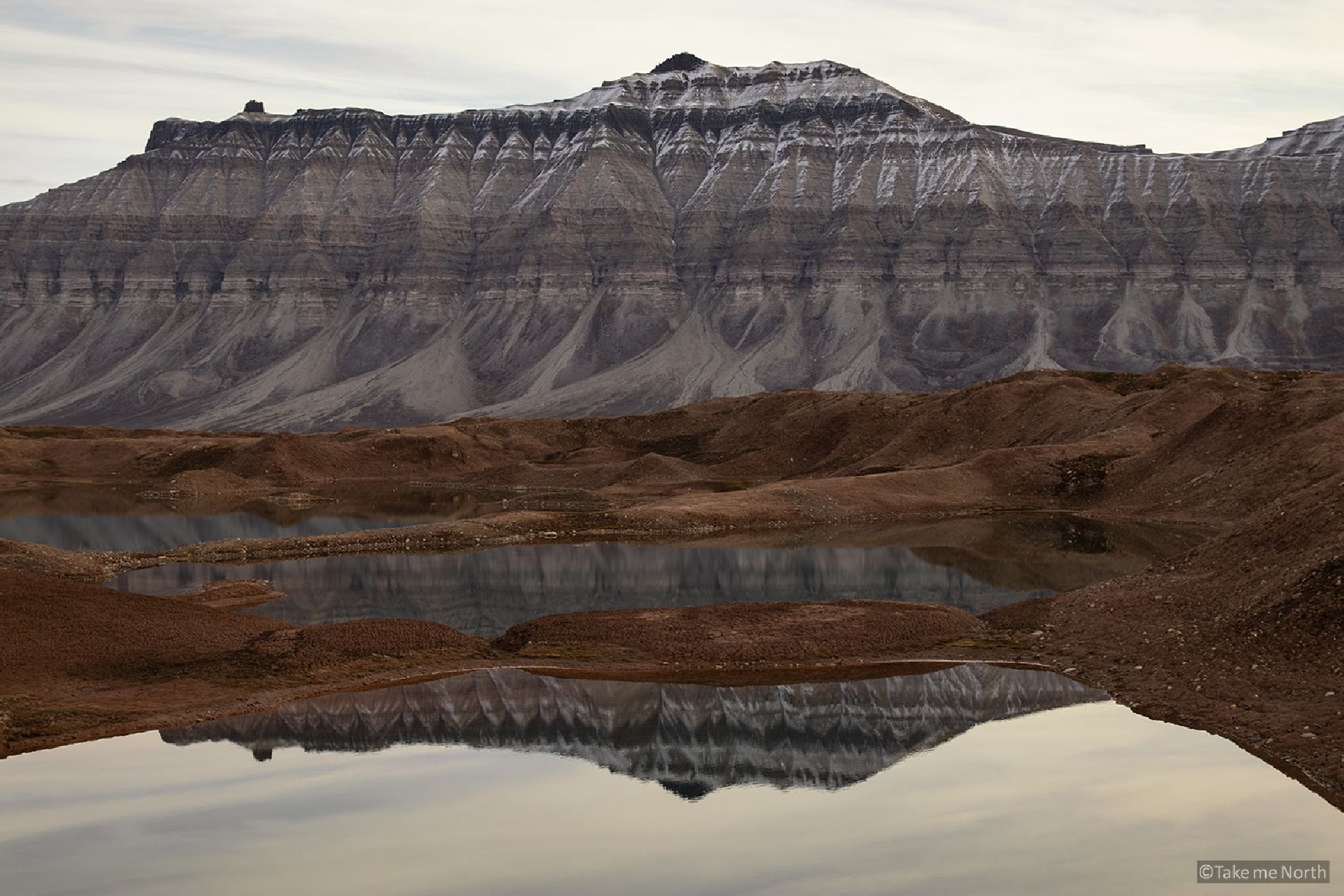 Coraholmen used to be a relatively flat island, but that all changed when a nearby glacier surged and slowly bulldozed its way through the fjord. 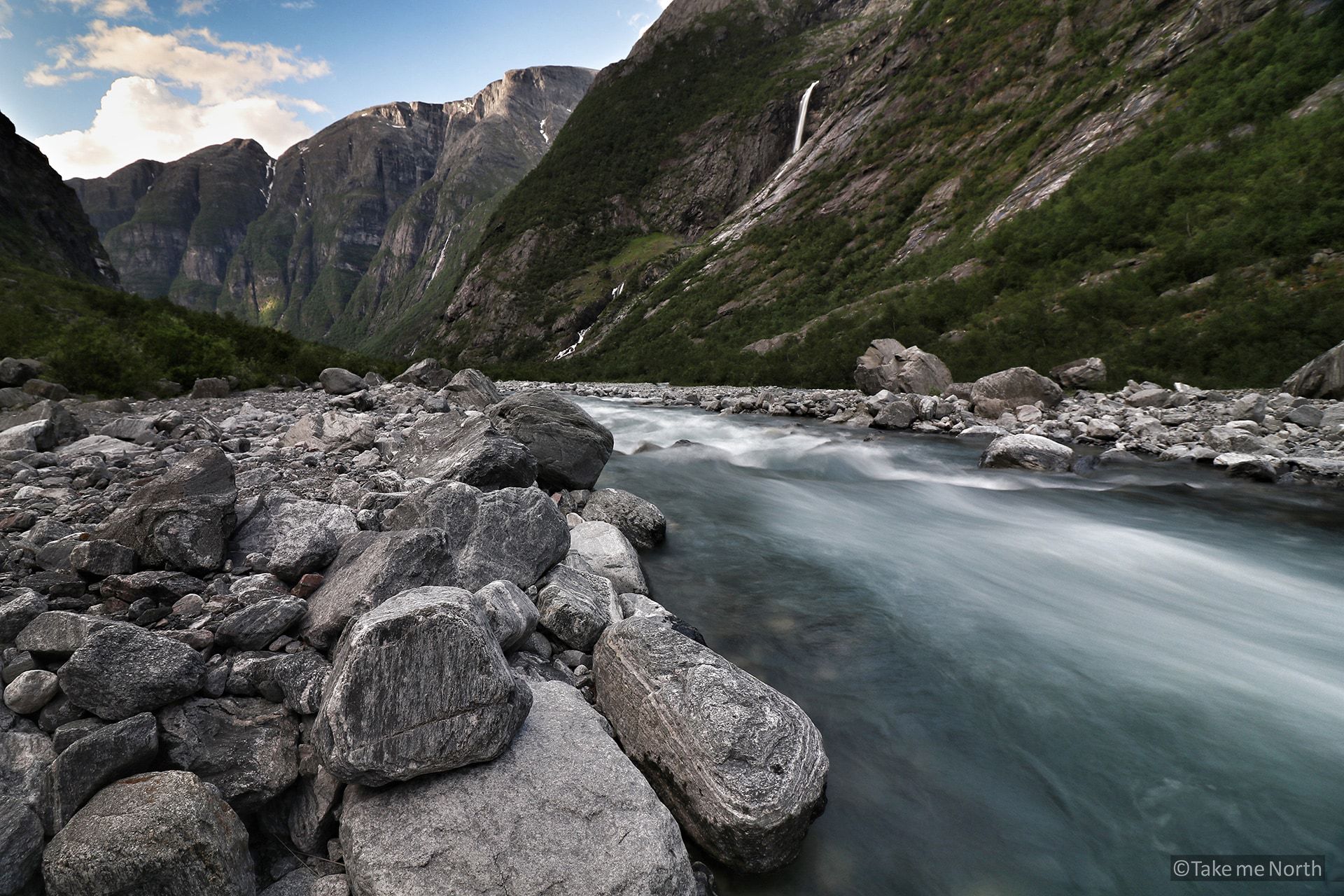 Just like other glacier arms in Europe, Kjenndalsbreen has shrunken significantly over the recent years. Though, the magnificent drive along Lovatnet still makes a visit a wonderful experience. 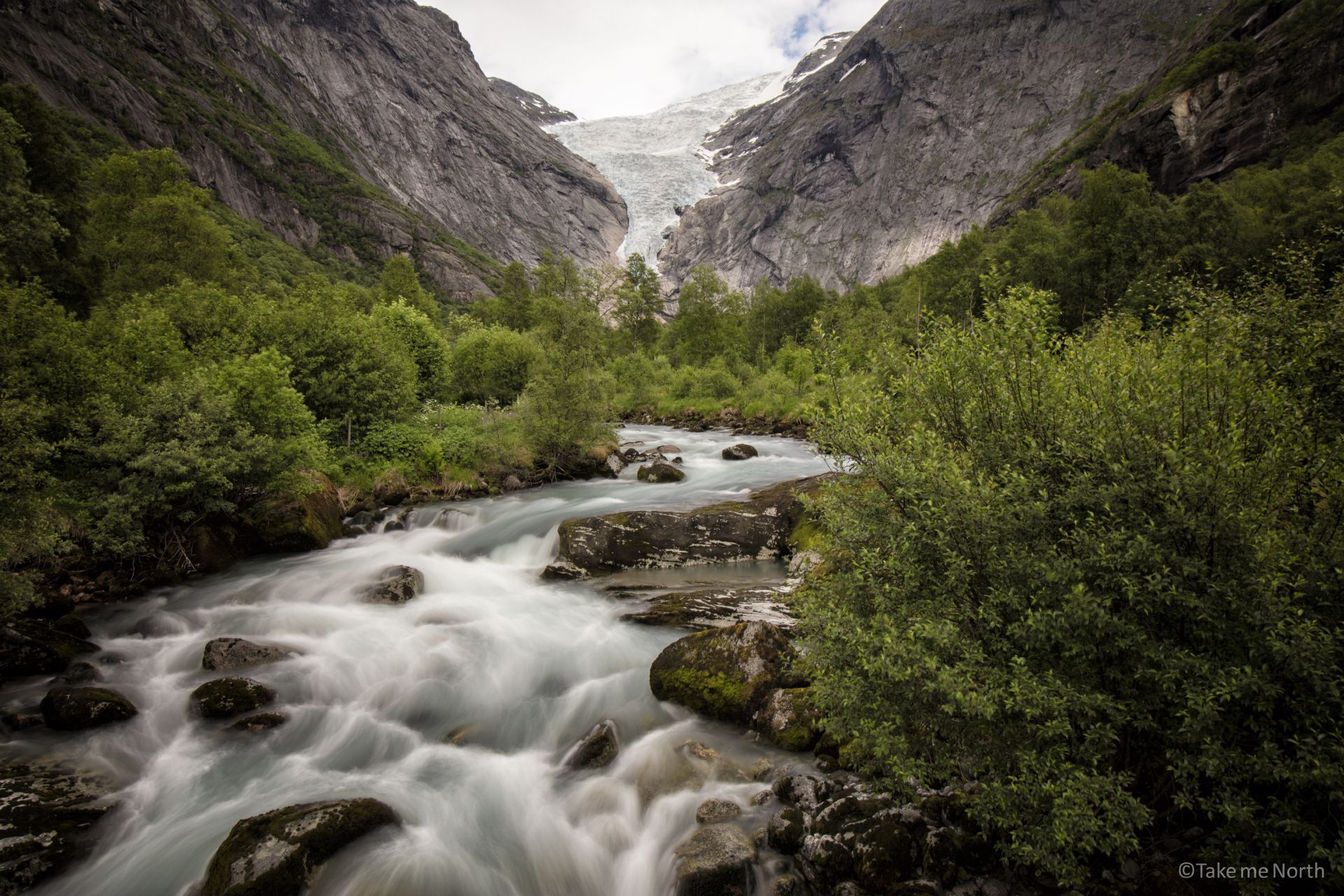 Briksdalsbreen is one of the most-visited glacier arms of Jostedalsbreen. It is set in Briksdal Valley, at the end of Oldedalen Valley. 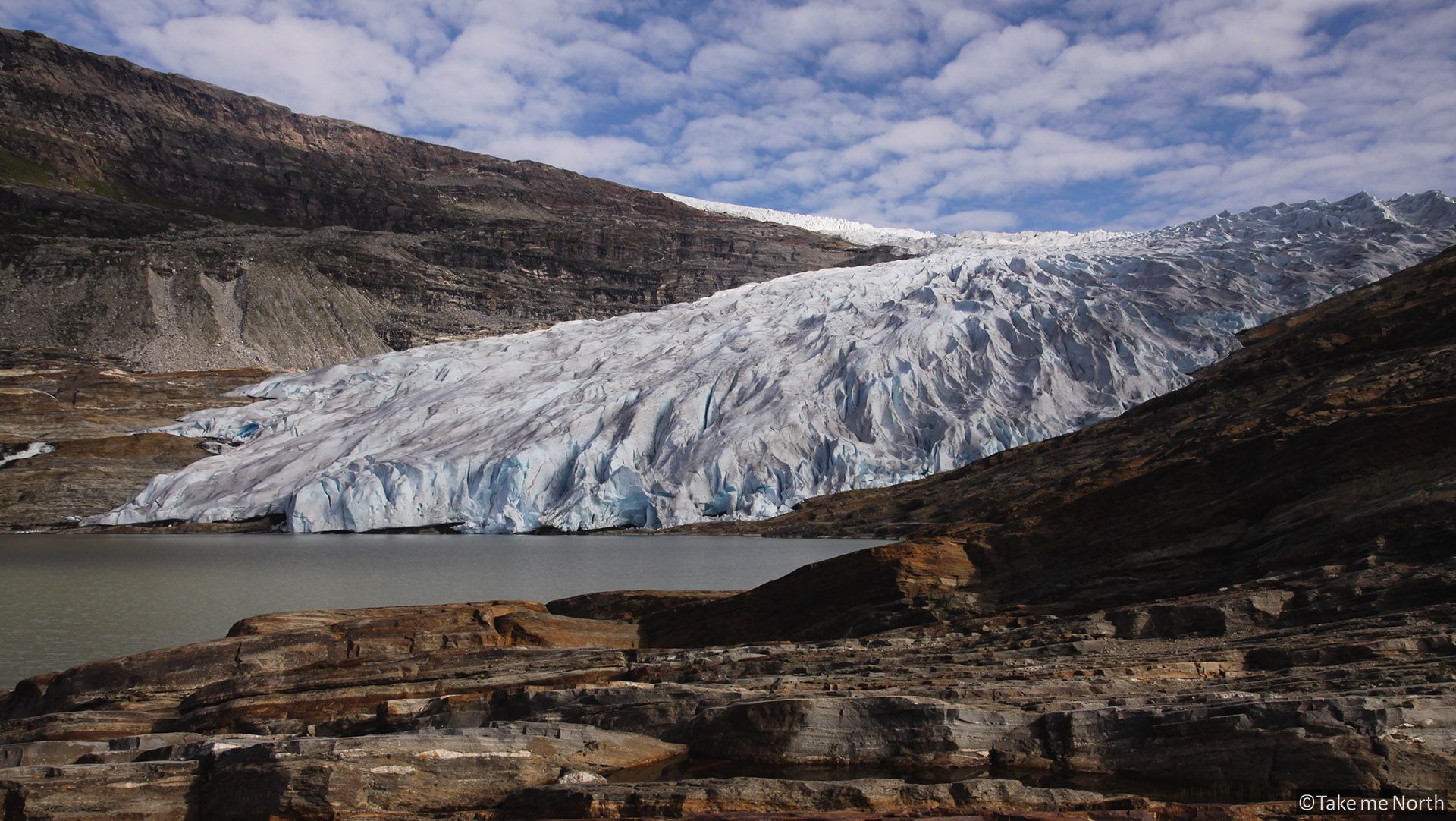 Svartisen is the largest glacier of Northern Norway, part of the Saltfjellet-Svartisen National Park. It is not nearly as crowded as the glaciers in Southern Norway and the area offers very nice hiking opportunities. 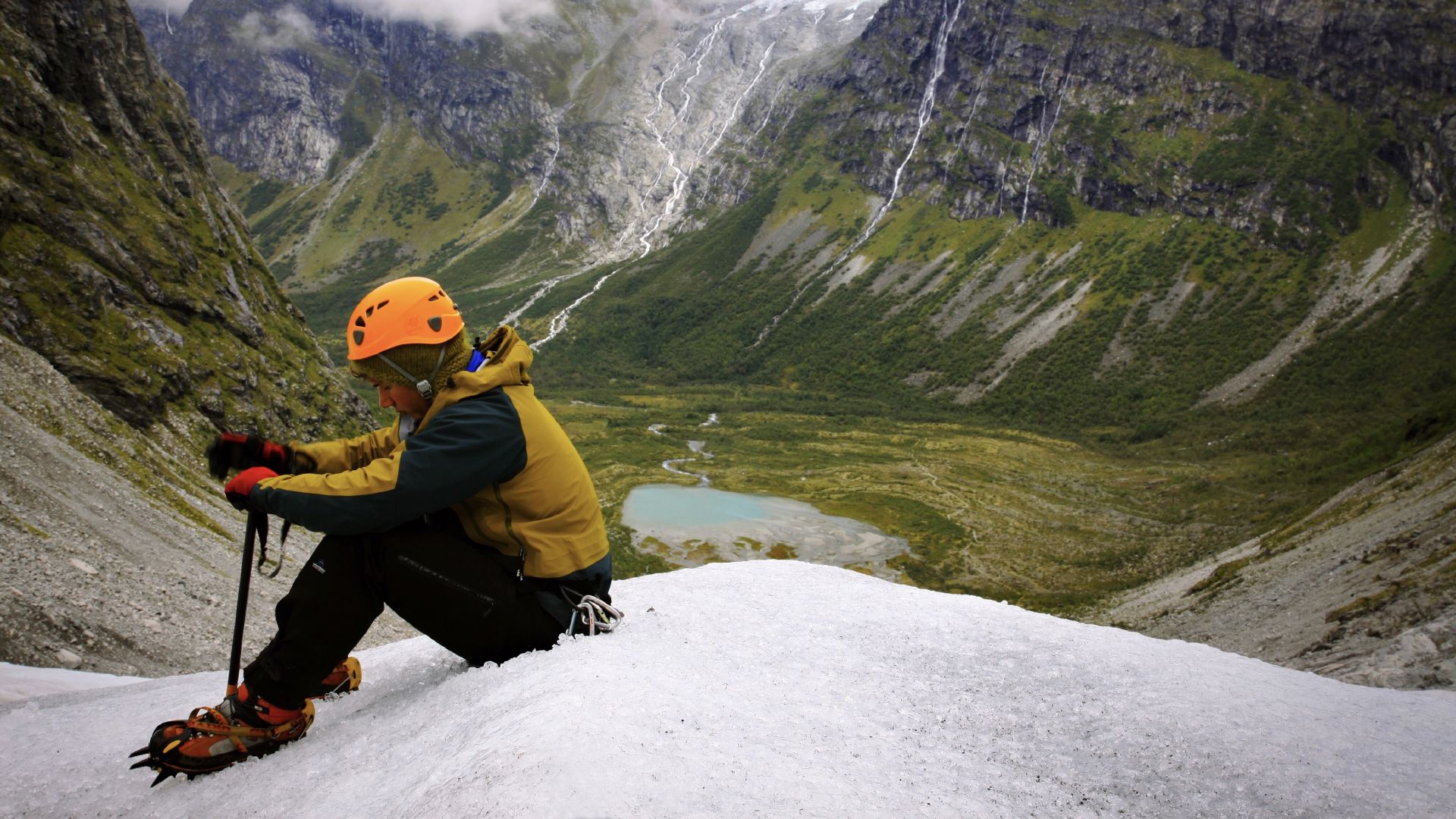 Jostedalsbreen is the biggest ice mass in continental Europe. Its glacier arms stretch into many of it’s surrounding valleys. Often they are named after those valleys or villages nearby.